Analysis of women characters in Antigone 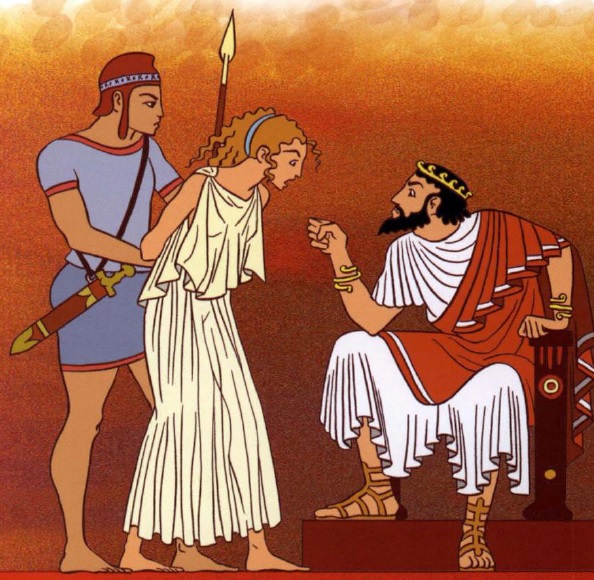 Antigone by Sophocles is one of the most recognized tragedies of English literature. This play presents us with three different female characters. Each of these characters vary in terms of character and personality. Sophocles has beautifully presented these characters with a distinct personality and provided a contrast with each other.

The three women characters of the play are Antigone, Ismene and Eurydice. Antigone is the lead heroine of the play, after whom it is named. Antigone shows the strongest personality compared to the other two. She is a brave girl who doesn’t live under the fear of anyone. She is not oppressed, but an independent woman who never shies away from following her heart. Antigone isn’t afraid of Creon or his laws, and owns the courage to openly defy them. Antigone’s character is the perfect example to promote the aspect of women empowerment. When Creon declares that her brother Polynices’s body would be left in the open to rot; Antigone decides to provide her brother a proper burial by herself. Antigone asks help from her sister Ismene to give their brother a proper burial, because according to her, every human deserves a proper burial after death. However, Ismene refuses to help her sister.

Ismene shows no sign of courage or bravery like her sister. Instead, Ismene’s character is a contrast to Antigone’s character. She is a coward, who prefers to live under the dominance of men, rather than speaking up against it. Ismene underestimates the value of women, and believes that women can’t stand up against the males. Her character is submissive. Her ignorance is visible in different parts of the play, especially when she says, “You ought to realize we are only women, not meant in nature to fight against men.” When Antigone asks her for a helping hand to bury their brother’s dead body, Ismene clearly refuses to help her. She even tries to convince Antigone to change her mind. She lives under a sense of fear of Creon, and thinking about the consequences of the burial terrifies her.

The third character is of Eurydice, who is the wife of Creon. Her character is not much prominent in the play. She is a weak character, who stands behind her husband all the time. She is the representation of an ‘ideal traditional wife’ who follows her husband in every matter. She supports Creon in his every decision. However, after the death of her son Haemon, she takes her own life. Haemon commits suicide as a result of Creon’s decisions, which wrecks the mother’s heart. At that point, she stops following her husband’s footsteps, and ends her own life.

The three characters show a contrasting personality to each other. Antigone represents a lionhearted persona, whereas Ismene is a scaredy-cat. Antigone’s character is way ahead of her times, as during the older generations, women were expected to be submissive and meek like Ismene. Therefore, the bravery manifested by Antigone is a crucial part of the play. All the female charcaters of the play share a similarity among themselves. Each of the women has an undying love for their family members. Antigone’s love for her brother forces her to go against Creon’s rules. She is even ready to sacrifice her own life as a punishment of burying her brother Polynices. Ismene too shares love for her sister Antigone. Therefore, she tries to pursuade her to change her decision of going against Creon’s orders. Eurydice takes her own life when her son Haemon commits suicide. Antigone chose to give her life instead of bowing down before the absurd law passed by Creon. Eurydice commits suicide for the love for her son. At that moment, the love of a mother weighed heavier than the duty of a wife. For the first time in her life, she chose to take her own decision, which was ultimately to end her life.

All the women characters in Antigone are related to Creon in a way. Antigone disobeys his order, and buries the dead body of Polynices. Ismene tries to stop her sister as she is scared of Creon and the consequences associated with Antigone’s act. Eurydice lives behind Creon and follows his every command. Creon the basically the reason for the death of both the women characters.

Therefore, we can conclude that through the analysis of the women characters in the play, we have seen that each of them share a contrasting personality. Sophocles tried to portray the image of three different types of women that exist in the same society. Antigone reflects the pure example that women can come out of their cages if they dare to speak up against the prejudices. The ideal image of a girl is set to the character of Ismene, which is gentle, compliant and weak. Antigone breaks this barrier by standing up for herself and going against the rules of Creon. Even though Eurydice is portrayed as a weak personality at the beginning, it is only after her suicide that her strong character is revealed.

28 thoughts on “Analysis of women characters in Antigone”